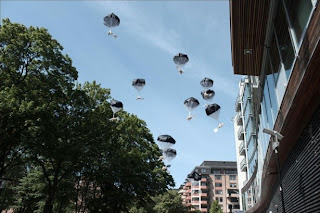 No Picnic for the ‘Last Dictator’

Family Guy creator Seth McFarland’s directorial debut, Ted, about a man whose boyhood wish that his teddy bear can speak comes to fruition, has met with mixed reviews since it opened but frankly I have found its detractors’ humourlessness aggravating, simply because the premise on its own is hilarious.

They share, in my view, something of the sensibility of Europe’s last dictator, the Belarusian president, Alexander Lukashenko, who, since July 4th, has been fulminating in all directions against a brilliant stunt by a pair of Swedish activists who flew a plane into Belarusia from neighbouring Lithuania and dropped hundreds of teddy bears bearing messages of support for the freedom of expression, something Minsk doesn’t favour much.

I wonder, when Lukashenko is engaged in his tirades against the sudden mass influx of the adorable toys from the air, how many of his population are absolutely cracked up in mirth at not only the thought but by the sight of these furry paratroopers ‘invading’ their land.

Knowing former Communist Europe as I do, I can imagine the hilarity practically rocking the apartment blocks of Minsk and elsewhere in the country, when their perennial president denounces Sweden and Lithuania, with his references to ‘teddy bears’.

Lukashenko’s sense of humour deficiency has never really been in doubt and he has been making some ludicrously violent threats against both Sweden and Lithuania, the latter apparently about to suffer ruinously from a diversion of Belarusian cargo, from that of the port of Klaipeda, towards others in the Baltic region. Lithuania is heavily reliant on its neighbour’s goods travelling over its land to be then transported over the sea. Lukashenko’s warnings against Vilnius would, however, damage Minsk more than Lithuania because his exports would probably dry up.

The Belarusian’s bombast here is as ridiculous as is his aversion to foreign teddy bears dropping in. He has even threatened the interloping pilots with the KGB. Predictably, safe at home in Sweden, they aren’t in the least bit scared. Seth Macfarlane’s Ted would also undoubtedly stick one pudgy finger up to Lukashenko in response to his hot air. 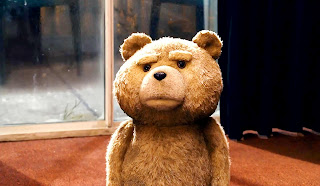 Sometimes allies, sometimes foes, Lukashenko and his counterpart in Moscow, Vladimir Putin, are clearly of a kind, up to a point. But the latter has, by a whisker, more humanity about him, not least because he can allow himself to have it as head of a much larger nation. He has sung Fats Dominos songs to the delight of Hollywood stars and ridden in front of a preposterously contrived macho pack of bikers into the heart of Moscow, whereas Lukashenko is a complete square, hardly ever given to publicity-generating gimmicks. He clearly doesn’t see the need for them. The hard act will do and he will never be aware of the fact of his own absurdity.

As president of 10 million people, and with his desire to dominate them forever, Lukashenko views every intrusion into his country, whether from chubby-faced bouncing toys, perhaps into the arms of a delighted child - oblivious to the politics – or anybody or anything else as nothing to laugh about.

He’d have shot that light aircraft down if he could have done but he didn’t and there lies the power in the gesture. Lukashenko has sacked the military men concerned because they did not bring down an aeroplane of teddy-bear toting pilots.

The Swedish activists had a cause, which the West understandably supports. No one, least of all many Belarusians, wants Lukashenko. Vladimir Putin is also, by the day, with his awful and equivocal remarks on the Pussy Riot case, a pariah yet again. The Swedes can laugh their heads off at Lukashenko as much as they like, and good luck to them. The women in Moscow just had balaclavas, their anger and forty seconds in a church. It is much easier to protest from the clouds, if the local airforce is asleep and you get away with it. On the ground, you invariably can’t.

This all makes the West look superior but if a plane flew over London right now and emptied a cargo of teddy bears over the territory, it would not last long, I would guess. Those surface-to-air missiles, that gained notoriety prior to the Olympics, would soon come into play. Then the British would have to look at the current status of their civil liberties and much-vaunted sense of humour, as well.

The Olympics can lead to a good deal of self-deception. Back in 1980, the hosts the Soviet Union used a cutesy bear, Misha, as the games’ mascot and had a troupe of children-come-teddy-bears perform a loveable dance during the opening ceremony. I bet Lukashenko-the-throw-back won’t want reminding of that right now.
Posted by Unknown at 05:01