Being locked up with seven strangers for 24 hours while wearing only a smock is unlikely to be anybody’s idea of fun, particularly after a night out, but that fate, even in the 21st century, still lies in wait for the unlucky soul who finds him or herself pie-eyed and senseless on any given Polish street, particularly in the early hours of the morning.

The ‘Izba Wytrzeźwień’ (IW) or ‘drunk tank’ institution, established in 1982 during the Communist period, has proven to be a resilient beast, despite all the changes of the past decade or so. The authorities at the time felt that the rampant drunkenness that often characterised everyday life meant that the inebriated needed to be given their own special place of incarceration, on the grounds that they were deemed to be either “a threat to themselves or others”, or so the law stated. Yet the current, fervently anti-Communist government, has shown no urgent signs of wanting to rid the nation of a legacy that frequently contravenes European Union laws on human rights. Inmates, for instance, are usually denied contact with close family during their time inside, leading to 24 hours of deep agony for spouses and children who invariably have to wait that whole time for a sign of life from the phone or a sudden key in the door.

The present policy, if there is one, is to let the institution die of natural, if extremely painful causes. With their own anti-Communist credentials to protect, the government is not about to build any new IWs, though another reason for the blind eye is that the institution’s existence is tantamount to throwing money away. Heavily staffed, often with burly and uncompromising security guards and recently equipped with cameras in a number of locations, the policy of charging the ‘guests’ - as IW directors like to call their inmates – over PLN 200 a stay is meaningless, as the mostly homeless people who sleep there can only dream of such amounts and never pay them. One IW in the town of Konin, which only has around 80,000 inhabitants, found that it had lost PLN 56,000 in non-payment of IW fines in the past year.

Helpless drunkenness on the city streets still remains a fact of life in Poland. A common enough sight in Warsaw is two policemen standing near a dishevelled-looking man, a resigned expression fixed on his face, while one of the officers checks his documents and the other mouths into his walkie-talkie. Sure enough, after some minutes, the man will be led into the back of a police van and out of it at the other end into the capital’s infamous IW on ul. Kolska, more commonly known as just ‘Kolska’.

But do not think that only those at the bottom of the ladder are susceptible to an enforced sojourn in ‘Kolska’. When ‘checking-out’ time comes at around 7am, that period when most ‘guests’ are deemed to have served their micro-sentence, the presence of suits and ties, though sporadic in among the patched up clothes and petrol breath, is not uncommon. And, of all of those standing there the besuited will be itching to tell their stories, though they will also, perhaps, be contemplating an early flight home.

There are two sides to the civil liberties argument and IW professionals, along with their colleagues in other parts of the the medical profession, are wont  to put one of those quite forcefully. The question is this: if we don’t put the chronically drunk in IWs, then where?

Increasingly, because IWs are not being modernised, it is your local hospital that is having to deal with the bleary-eyed flotsam and jetsam that often pours out onto the streets when night falls. In some towns, there aren’t any IWs for miles and even when there are, they fill up quickly, meaning that it is doctors and nurses which have deal with the often violent abuse, as well as helplessness, that drunks usually demand that others manage.

“There was no money to run the Izby Wytrzezwien’ so we had to close it down,” said Jaroslaw Zienkiewicz, secretary of the magistrates office in Sieradz, in central Poland. “Ever since then, anyone found in the streets has had to recover in the hospital accident ward.”

The upshot is that a place which was formerly used to deal with victims of such events as car-crashes and other life-threatening events is now being overtaken by those who have just had one too many.

“The ward looks just like Izba Wytrzezwien,” said Dariusz Kaldonski, the Sieradz hospital director. “The drunks lie on mattresses because otherwise they would fall off the beds. The doctors and nurses are looking after them and running basic check-ups. They get immediate treatment if anything is wrong, whereas others have to wait half a year for that type of care. But most just sleep and after a few hours they disappear without a word.”

In his view, the hospitals are in danger of being crippled by the deluge of dipsomaniacs.

"The national health fund does not pay for the drunks who end up in accident wards and if they need medical treatment, the hospital can run-up enormous costs," he says. 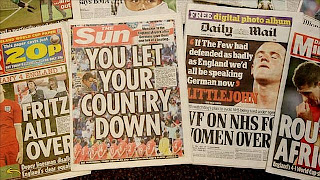 Originally published by the now-defunct magazine, Poland Monthly, in October 2006.

The past 16 years in Poland have been ones of “massive”, “radical” and “dizzying” change we are often told and from the perspective of the larger cities it would be hard to disagree.

Yet, having first come to Warsaw in 1992 – and then made frequent visits from there on in, until I came to live here in 2001 –  it seems to me to hold fewer surprises in store now than it did in those heady days when everything could be taken apart and put back together again in the bat of an eyelid. Then, the locals were both perplexed and fascinated that a foreigner had made the trip to their turbulent land, emerging from a grey, uninspiring period to one which promised everything.

These days being a Western foreigner in Warsaw means that novelty is in short supply. You blend in with the surroundings, your faltering Polish is accepted with barely a patient nod, where once a mere phrase would have provoked astonishment at your linguistic ability, and living and working here legally is water off a duck’s back.

But I recently got to look at Poland anew when I received a phone call asking me to meet a couple of journalists from a well-known British tabloid newspaper, who were over to do a story on the mass emigration from Poland to the UK.

An impromptu decision was made to head up to Bialystok because of a tip off that a town nearby ran a bus to the UK on a daily basis, but after a few calls, which led us to a Bialystok local called Tomek, the four of us found ourselves on the way to Czarna Bialastocka, because there, apparently, was a population that had almost been halved by emigration.

Around 20 kilometers from Bialystok, Czarna Bialostocka is a grim town full of identical five-story apartment blocks which look in desperate need of a facelift. Once a constant supplier of labour to a nearby farming machinery factory, these days it has little going for it. One of our gripes was that despite being on our feet for hours on end, there was no café or bar where we could go to take  a break, and a trip to the toilet meant dashing behind a tree, a least until some of the friendlier locals invited us into their homes. So much for the ‘glamour’ of journalism.

The brief from the London desk was to gather ten to twenty of the locals for a group photograph, obtain family snapshots of those who had left for the UK and then interview them all.

It was an impossible task. Not only was the weather dreadful, with the drizzle matting our hair to our heads as we approached people in the street, but no-one wanted to talk to us. At the beginning we had approached the local priest, Father Andrzej Rynkowski - who turned out to be the star of the whole escapade - and he said that almost 40 percent of the 5,000-strong population had left for the UK. Yet, when we asked individuals if they had relatives in Britain almost all of them replied that they did not. It was true that lots of people had emigrated from Poland to England, they acknowledged, but in their case they only knew people who had gone to the USA or to Norway. If the priest was right – and we could hardly accuse the man of fantasising – then the town’s citizens were lying through their teeth.

The guys from London started to take extreme umbrage at this recalcitrance. They began to compare Poland as a whole unfavourably with the UK, where ordinary people would always be open to the press, they said.

Both myself and Tomek tried to explain to them, to little avail, that Polish people were proud and were also averse to people sticking their noses into their business. That had been a legacy of the Communist years and just because it was a bunch of Brits doing the prying these days did not mean they were going to pour their hearts out to strangers.

So, we returned to Father Rynkowski to ask him if he could influence his flock. He shook his head and told us that the parishioners were a stubborn lot and that he doubted whether they would open up. But after some truly tabloid pressing – and that has to be seen to be believed – he agreed to adorn gown and dog-collar and wander into the nearest estate as an advocate of the British tabloid press.

It worked a treat. Soon a group of ten had gathered to be pictured and interviewed. But then came a snag. In order for the story to be accepted by London, each interviewee had to give up a snapshot of their dearly-departed emigrant to go alongside the group picture, and one woman who had no problem with most of the exercise, point blank refused to give us a photo of her recently-divorced husband, currently in the UK with another woman.

And so we harangued and she said no. Then we pestered and she shook her head. We cajoled and she got her ex-husband on the phone from London, and he ranted his refusal in the bluntest manner. So we left. But we went back again and asked once more. Her temper was short and she called the ex-husband another time, and he gave us a definitive flea in the ear. But still it went on until there was simply nothing left to say. London did not have a story and the guys would have to start all over again.

But Father Rynkowski once more came to the rescue and agreed to announce at mass on Sunday that it would be nice if people could give the British journalists the time of day, which they duly did. The story got written and for a tabloid piece it is actually quite insightful.

But the experience, which for me was full of stomach-churning dilemmas, suggested that, despite all, the cultural gap between Eastern Europe and the West has not narrowed as significantly as many might wish, and that that may not be a bad thing. The people of Czarna Bialostocka put up a brave fight against intrusion into their affairs, which some might call obstinate and others bloody-minded, but having been on the receiving end, and deserving it totally, I have to say that my eyebrows were once more raised at the fortitude of the Polish people, and long may that continue.
Posted by Unknown at 06:40 No comments: