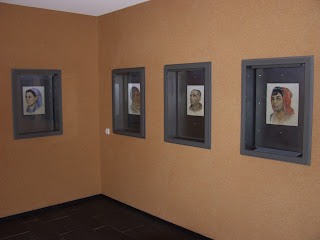 A Struggle for Ownership

Auschwitz is the deepest scar on Poland’s soul, yet the fact of its existence has nothing to do with Poland. There is no other nation on earth which endures such a predicament. That the German Nazis murdered millions on Polish soil is a crime beyond precedent but it is one which this country has had to deal with as much as the nation from which the perpetrators came.

The most terrifying thing about the death camp Auschwitz in the contemporary age is that what happened there is beyond our imaginations, and that rule applies when you visit the place.

Any decent person literally disappears once they set foot in Auschwitz. There is no sense of self, if you have a heart. But that is the theory you concoct before you delve deeper. Because this is a place where people come to work every day, amid the barbed wire and just metres away from the gas chambers. They have no choice but to exist, to think and feel and to have an opinion about what they do.

Piotr Cywinski, director of the Auschwitz-Birkenau State Museum, has perhaps the most unenviable job in Poland. With one million visitors a year, he presides over a monument which exists in testimony to the worst deeds of the last century but whose legacy has become the scene of a moral battleground in recent years.

Dina Gottliebova Babbitt became an inmate at Auschwitz when she was taken there in 1943 with her mother. Both survived only because Babbitt’s talents as an artist were recognised by the camp’s notorious physician, Dr. Joseph Mengele, who forced her to paint portraits of several ‘gypsies’ or Roma who were interred at the camp. She painted seven pictures of these people, all of whom are believed to have been executed by the Nazis.

Four of the portraits are on open display at the Auschwitz-Birkenau State Museum at this moment. Two are exhibited in ‘special’ rooms where the dimmer light is less of a peril to them and the last is in conservation. This is a policy the museum adopts toward most of its artifacts.

Yet despite these efforts, Mrs. Babbitt is requesting that her paintings be returned to her, and the United States Congress, among other bodies, supports her in her campaign. The reason it does so is entirely understandable. Now an elderly woman, Mrs Babbitt, a widow, wants the portraits back so that her family can appreciate them as a memorial to her dreadful struggle for existence during World War II.

In a battle that stretches back to the late nineties, the museum refuses to give back the paintings. In its view, anything that was produced at the time of the camp belongs to the museum and it alone. Though at first glance this may seem like an obstinate position, the principle underlying it is in fact perfectly sound. Piotr Cywinski is clearly a man for whom preserving the memory of Auschwitz is his life’s work. Though he respects Mrs Babbitt’s arguments to the letter, he also insists that if he were to give her potraits back, this would open the floodgates to every Holocaust survivor and their families and the existence of the museum would be thrown into total jeopardy. One of its most significant symbols would immediately be imperilled, he argues.

“Can you imagine that the entrance gate reading ‘Arbeit Macht Frei’ belongs to the artist who did that?,” he said. “And that he could say: “It is my property, give it to me?” Of course not. All the pictures of prisoners we have in the camp were also done by prisoners as well, as were many other artifacts. If we accept the philosophy [that  former inmates have a right to ownership of their pictures] then it really will be the end of this place, of the memory here. Around 2,000 pieces of art were produced by prisoners during the war. Are they owners of this art? Of course not.””

The US government – which is in the front line in defending Mrs Babbitt’s claims – respects this view, but at the same time does not hold with it entirely, At the end of the day, the paintings are the Holocaust survivor’s property, it insists.

“First of all I think there are are a lot of very good, well meaning people involved in this situation,” said Christian Kennedy, special envoy for holocaust issues for the US government. “Mrs. Babbitt, as you know, has a tragic history. She lived through the Holocaust and survived – with her mother – in large part because of the paintings she produced of the Roma. Mrs Babbitt feels an enormous attachment to these paintings and would like to recover some or all of them. The congress is supportive of her efforts. The Auschwitz State Museum is interested in preserving a collection in its context and their view represents a fairly common view among museum curators  - though not all. So, we’re trying to find a way that would allow both sides to have a substantial amount of satisfaction.”

Piotr Cywinski took me on a tour throughout Auschwitz and part of that involved going to a room which housed a number of artifacts among which included a chair, made by an inmate, for the camp commandant, Rudolph Hoess. It never went on display, he told me, because it would advertise the Nazis’ hubris.

“Look at this,” he said. “It is Rudolph Hoess’s chair. It was produced here by prisoners. But does it belong to the prisoners? No, it belongs here.”

For Mr Cywinski, the case concerning the rightful home of artifacts produced at the Auschwitz extermination camp is closed
Posted by Unknown at 18:41