Part One: Three’s a Crowd

The once mighty Rangers are going to kick off the new season in Scotland’s Third Division or fourth tier – where average gates typically don’t reach the 500 mark. They are due to play their first match this weekend against Brechin City in the Ramsden’s Cup (for lower division teams). Brechin are now a league above Rangers whose first league fixture will take place further north, in Peterhead, a couple of weeks from now. The entire population of Peterhead would fit into Ibrox Stadium three times over. Brechin’s would barely fill a corner of the ground.

I seriously doubt if any writer would have the imagination to concoct a novel as complex and bizarre as the story of how Rangers have landed in the third division. But let’s try to clear up a common misunderstanding.

Even in Scotland, where this story has been in the news every day for what seems like an eternity, it’s already being overlooked or conveniently forgotten at times that Rangers FC is in the process of being liquidated. In the words of the famous Monty Python sketch, the old club ‘has ceased to be’; no matter how much some want to insist that ‘it’s only resting’. 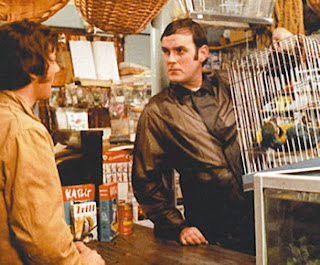 This is not simply a case of administration, for which, incidentally, Livingston FC were relegated from the First to the Third Division a few seasons ago. It means the new club, which is still emerging from the rubble of the old, had to reapply for membership of the Scottish Premier League (SPL), and failing that, the Scottish Football League (SFL).

There are other recent instances of Scottish football clubs going bust. Little more than a stone’s throw from Glasgow, the old Airdrieonians FC was liquidated in 2002. They reapplied for the leagues as Airdrie United, but the bid was turned down in favour of Gretna. Airdrie’s next move was to target another hard up Scottish club (there’s a theme emerging here, isn’t there?), Clydebank. The Bankies were bought out and Airdrie United took Clydebank’s place in the Scottish Second Division. Notice they had to change their name quite significantly. This might still be an issue with the new Rangers. And Airdrieonians had finished a heady second in the First Division, narrowly missing out on promotion to Scotland’s top division, prior to their bankruptcy. So they didn’t start from where they’d left off either.

Gretna would also go bust after a spectacular rise to the SPL and a Scottish Cup Final appearance in 2006. Two years later the club was in dire straits, owing the taxman and other creditors an awful lot of money. Sound like a familiar story? Gretna struggled along to the end of the 2007-08 season, finishing bottom of the SPL and were then sent down to the Third Division for their struggles. But the borders club could not raise the cash to stay in the Scottish leagues, ended up being liquidated, and lost its membership.

Amid all the recent talk of ‘punishments’ and ‘relegation’ and Rangers ‘taking their medicine’, it has to be remembered that this is basically a new club and company; as such, it must first be accepted by the other league members or not, just like Airdrie United and Gretna.

Given the fragmented nature of the way Scottish football is governed, this is a complicated process. There are three organisations ‘running the game’ with little apparently uniting them. Had the SPL elite not taken the decision to break away from the rest at the end of the 97-98 season, then this whole business might have been sorted out a lot quicker.

After Rangers application to rejoin the SPL this summer was turned down, they then had to apply to the SFL, who are in charge of Division One, Two and Three. Some figureheads at the SPL and the SFA (the Scottish Football Association, which supposedly oversees the general running of the game but has taken a back seat much of the time), allegedly put pressure on the SFL to accept Rangers in the First Division. But the SPL did not ultimately have the power to affect the decision of SFL clubs who voted to place the new Rangers at the bottom of their pyramid.

I prefer to avoid the word ‘punishment’ because it seems too emotive and open to different interpretations, but Rangers have received some penalties, due to serious mismanagement by the club’s former owners, David Murray and then Craig Whyte. After going into administration in February, Rangers received a standard ten-point penalty and were fined £160,000. This fine was imposed by the SFA, along with a twelve month transfer embargo for bringing the game into disrepute. Rangers then contested and overturned this embargo in the Court of Session. Yet, it looks likely they will have to accept it in order to get their SFL membership. Administration also meant that their licence to play European football was taken away by UEFA but that seems the least of their worries at the moment.

Of course, if the new club does get off the ground in the Third Division (and there are still a few matters to be ironed out), it will take up the mantle of the old Rangers FC, which ‘passed on’ in 2012. The newco will still have a potentially huge and ready-made fan base to call upon. However, the Ibrox capacity is unlikely to be seriously tested in Division 3 – at least after the original ‘show of defiance’ is over and the reality of regular visits from the likes of Montrose, Annan Athletic, and those fellow Rangers from Berwick sinks in.

Next week, more on the chaotic state of Scottish football and what the future is likely to hold for Rangers and other clubs.

Steven Porter is the author of Countries of the World, a football-based novel that also deals with some of the major events of the 80’s: Thatcherism, the Falklands War, World Cups, military coups, dictatorships and disappearances.