Me and My Nationalities 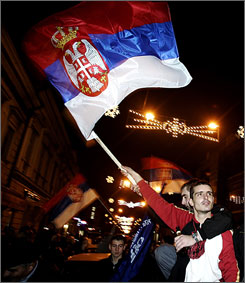 The Worst/Best Countries to Write About


I work as a freelance journalist covering Central and Eastern Europe and this is my list of the most annoying nationalities I have ever dealt with. There is no political correctness in this at all.

1/  The Italians. I don’t generally cover southern Europe as such. My beat is the ex-Communist countries. But I did an article for Times Higher Education on Silvio Berlosconi’s idea to set up some egotistical university he had in mind and the people at his party Forza Italia said the comment would come “tomorrow, tomorrow, really. I promisa.” Forward to what exactly? Lazy bastards.

2/  The Spanish. They have had an investment or two in Poland a few times. But can you get them on the phone between 1pm and 2pm? Can you fuck.

3/  The Montenegrins. They do actually pride themselves on the fact that they are idle. They get away with it because their country is so small and wonderfully beautiful. But they exude futile promises that you’ll get your photos/comments by deadline with utter sincerity and they’ll never arrive on time. Tend to yawn when you complain.

4/  The Romanians. They seem to forget we’re on the same planet and that news matters as much to them as it does to me. I like their manner on the phone, just not when they put it down so easily.

5/ The Bulgarians. At least they have some astute commentators out there, they are just difficult to find. And when you do get hold of them, they’re generally on holiday.

6/ The Croatians. A cut above the rest in terms of wanting their message ‘out there’, mainly because they are almost in the EU but the Croatians are dangerously near the seaside, where there’s never “a signal”.

7/  The Baltic States – Estonia, Latvia and Lithuania – earnestly efficient and helpful. Gets on your tits a bit.

8/  The Poles. What a dramatic metamorphosis?  These days they are always very attentive when dealing with yours truly. But the act could have been cleaned up too much. There's little roughness around the edges. No conflict to get the blood rushing, which isn't really in their character. My only complaint. The Poles have been brilliant to me.

9/ The Russians. The maddest of them all. But they have turned things around stupendously. Even when dealing with obscure fishing industry contacts, where none of them speak English and there's often difficult terminology to deal with, they have been lovely.

10/ The Serbs. Because of the drastic change in such a short space of time. The PR people in Belgrade are generally hugely willing to assist and get you what you want quickly. One contact even did a telephone interview with me while he was pushing a trolley around a supermarket. Another time I got a call, just an hour after making my approach, the voice saying: "The governor [of the national bank] is now ready to talk to you." Class.

That's the top ten, in my humble and not so serious opinion.