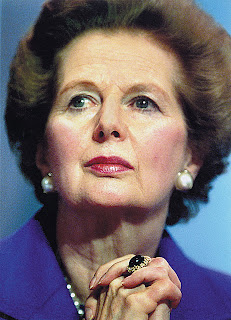 Today, David Cameron said, “We are all Thatcherites now”. I am not. I am a Socialist. I am an anti-Thatcherite. What I experienced during my teenage years will not leave me, nor should it ever. Hopefully one day there will be a proper tribute to the victims of that woman’s legacy, someone who trod on the lives of countless number of working class people, including that of my own family
Posted by Unknown at 10:38 No comments: