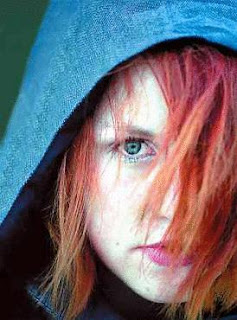 Sounding Off in Translation

Polish literature was turned on its head in 2002 when 20-year-old Dorota Maslowska published her novel ‘White and Red’, (or ‘Wojna Polsko Ruska Pod Flaga Bialo- Czerwona, as it was then known) to universal acclaim.

Translated into English only last year, the book brings us into the unhinged world of the Gdansk-based wanderer Andrzej ‘Nails’ Robakowski who, constantly high on amphetamines, lurches through incidents with a series of other characters in a fit of misanthropic despair.

What gripped Polish readers when they picked up ‘White and Red’ was that it was the first novel in the language to employ the street vernacular of the post-communist period. Gone were the long strokes of literary introspection beloved by classic writers such as Witold Gombrowicz.

Here was something raw and immediate, analogous to the bewildering pace of change in the real world of 21st Century Poland.

“I think it has been worth living 40 years to finally read something so interesting,” wrote critic Marcin Swietlicki, after reading the book when it first came out.

The English version - translated ably enough by Benjamin Paloff – captures much of the frantic impatience of the original but one constantly feels a nagging sense of distance from the essence of the book.  One oft-quoted parallel for Maslowska’s work has been the impact of Irvine Welsh’s ‘Trainspotting’, written in the harsh working-class vernacular of his native Edinburgh.

In Warsaw in March, Welsh summed up some of his reservations about ‘White and Red’.

“I have a problem when I read any European novel translated into English,” he told NWE. “They either sound as if the characters come from some small American town or somewhere in inner London. Translation often has the impact of taking something that you can tell is fairly specific – and has its own vitality and culture – and homogenising it. I think that translators could sometimes be much more creative.”

Yet he said he appreciated ‘White and Red’ despite all that.

“I enjoyed the book but kind of felt I was missing out by not reading it in Polish. I could feel there was much more to it than I was getting,’ he went on. “It was like seeing the top of an iceberg.”

Since ‘White and Red’ was published in English, reviewers have been queuing up to compare Maslowska to Welsh. Even with the limitations inherent in the translated version, readers are still treated to much the same urgency and high-octane bile in ‘White and Red’ as they experienced in ‘Trainspotting’. It is in that feature of the novel that lies both its strength and weakness.

Nails’ rant begins after being ditched by his girlfriend Magda. The tirade continues as he careers around town, slipping the odd nugget of texture – that the city is up in arms against the ‘Russkies’ – the traders from Russia who are supposedly violating Polish soil -  and that Nails has himself had it with Poland’s brand new model of capitalism.

His response is to get off his head on speed and try it on with various women, at turns a goth, who pukes up stones into his bath, a psychotic amphetamine freak who tears around his flat looking for a fix and a truly scary arch-Catholic, who lectures him on the evils of tobacco and alcohol. Nail’s angst intensifies when he fails to have sex with any of them and as a reader you experience it as if he is shouting in your ear.

Welsh’s prose is often the same. The characters reel off a litany of tales and complaints without taking a breath. In neither Maslowska nor Welsh does there seem time to take a pause for thought. This is because of their preoccupation with how a novel ‘sounds’, as Welsh himself said.

But we do not read with our ears. Sometimes we need to switch off from the din and feel prose seep into our minds without any noise, taking us from the daily grind and leading to the gradual throb of enlightenment. Maslowska and Welsh, products of our high-volume times, could do with turning it down just a touch.
Posted by Unknown at 18:19