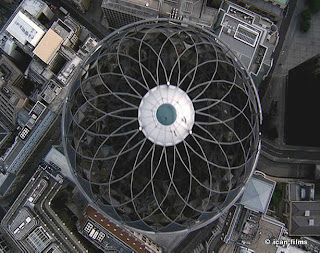 When you first think about it, architecture and film seem to be the most unlikely of bedfellows. Though the former is a dynamic process whereby a new structure comes to life through the labour of many, after once being just the brainchild of the designer in his/her studio, the speed at which it works is glacial compared to the frenetic art of moving pictures. Capturing architecture on film would also appear to be fruitless because appreciating it properly is best done in the flesh, not through the medium of a camera.

Yet from June 4 to 6th in Wroclaw and 12th to 14th in Warsaw, an architectural film festival will be held. Organised by the website www.sztuka-architektury.pl, the festival will consist of showing one film a day, followed by a discussion both of what the audience has just seen and also the theme it was presented under. How both of these relate to a Polish context will also be explored, particularly in the light of the recent, high-profile debate that broke out over the tender to choose the architect for the Museum of Modern Art, which will arrive on Warsaw’s plac Defilad in eight to 10 years time.

“Interest in architecture in Poland is increasing but for the most part it remains the preserve of the professionals, and there is not a great deal of coverage on it in the media,” said Krzysztof Soloducha, the owner of www.sztuka-architektury.pl. “In the cultural pages of Gazeta Wyborcza, for instance, the cultural section contains articles on architecture perhaps two or three times a month. We have to raise the profile of architecture and I thought the best way to do this would be via film because it is so accessible and a lot more appealing than listening to specialists talk on the subject.”

The idea is that the themes informing the films will also be largely new to a Polish audience. On the first day, the topic is the ‘Star System’ in modern architecture, where figures such as the UK’s Norman Foster (designer of Warsaw’s Metropolitan office building) have achieved almost global celebrity status. To go with this, those gathered will watch the film ‘Building the Gherkin’, a fly-on-the-wall documentary about the efforts to construct one of the most unusual and controversial buildings to go up in the centre of London in recent memory. Designed by Foster himself, the ‘gherkin’, as it was termed by the media because of its shape, gained immediate notoriety because it was constructed on a site where an IRA bomb had destroyed the building that had previously stood there.

The film, while entertaining enough and providing plenty of precious insights into how buildings get built, is standard fare as far as documentary film-making is concerned, but for Soloducha, the main purpose in showing it is to provoke a debate as to why a Polish Norman Foster – who comes over as a very charismatic man in the film – does not yet exist.

“Sometimes in Poland professional architects complain that they do not get the attention granted writers or film-makers and it is true, they don’t,” said Soluducha. “In other countries architects are major personalites, but in Poland they are not. This is because of the country’s history of being occupied. Traditionally, foreigners have decided how buildings should look in Poland.”

The theme on the second day is ‘Modernism: Its Difficult Legacy’ and in many ways this is the most relevant to the shape that Warsaw has taken on since the end of the Second World War, with a major debate breaking out in the city about whether certain Communist-era buildings should be demolished, despite, arguably, being examples of high-quality, innovative design. Then, there is also the question of how the Polish capital, particularly in the area near the central train station, has become the only city in the region where skyscrapers are the norm. All this certainly dovetails with the person at the centre of the film that will be shown, ‘City of Dreams: the Diary of an Eccentric Architect’, which focuses on one of the pioneers of multi-storey building design, the American Philip Johnson. Unfortunately, the rather indulgent and wearing content of the documentary might leave viewers wondering what the connection between modernism and what they are watching actually is.

However, should a film at any time get the upper hand over the theme (in this case ‘Culture and Architecture’) during the festival then it will probably come on the final day. Entitled ‘My Architect: A Son’s Journey’, the film is the study of a man’s attempts to understand the father he never knew, who died suddenly in old age when he was only 11-years-of-age. What transpires is that the father was a fanatically-driven architect who shunned the responsibilities of family life in pursuit of his desire to create the most beautiful buildings, an undertaking he failed in most of the time, but when he succeeded the results truly were breathtaking. It is when we watch these scenes that we learn that cinema and architecture were in fact made for one another.
Posted by Unknown at 22:44